TEE Design and other wonderful stuff

Fashion Designers That Didn’t Give Up On Their Dreams 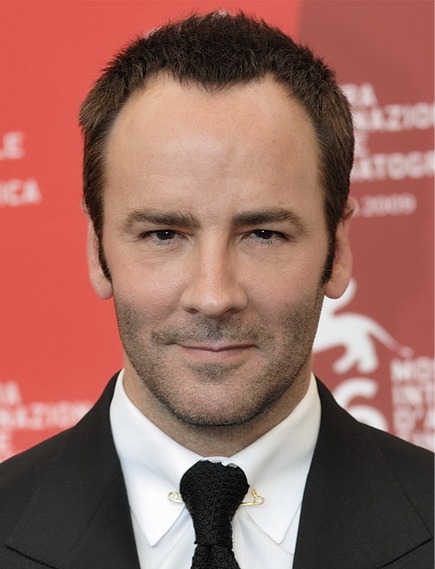 Fashion design is an ever-changing industry where staying up to date and focused is very important. For many fashion designers, the goal of becoming a designer took a lot of work, dedication, and focus. The popular fashion designers, such as Tom Ford and Marc Jacobs, have dealt with struggles in many forms like drug addiction or career confusion, but they have always pushed forward which has helped them become who they are today.

Tom Ford is a famous fashion designer that was born on the 27th of August in 1961. Tom first decided to study architecture but changed his mind and switched over to fashion. After school, Tom began his career with Gucci. He started out as a designer for women’s wear in 1990. After four years, Tom became the creative director for Gucci. In 2005, Tom decided to resign from the Gucci company. After resigning from Gucci Tom began his own fashion brand under the name Tom Ford. The Tom Ford line offers menswear, beauty products, and eyewear. In the fashion design industry, Tom has been very successful. He has won many awards for his work with Gucci and his own line. In 2001, Tom was named the GQ designer of that year. While fashion design has been Tom’s main focus, he has also directed and co-wrote a film titled “A Single Man.” This film was based on a Christopher Isherwood novel.

Donatella Versace was born on the 2nd of May in 1955. She was born in Italy. Donatella’s brother, Gianni, started the Versace company in 1978. Donatella worked as his advisor for many years supporting him in his growth. Donatella worked as the chief designer for Versace’s line called Versus. When her brother was battling cancer, Donatella stepped in to help keep the company going while her brother was absent during his fight. In 1997, Gianni lost his life in a shooting outside of his residence in Miami, Florida. After her brother’s death, Versace made Donatella the creative director. This wasn’t a major change as Donatella had been practically leading the company for two years during her brother’s illness. While Versace is very popular in the clothing industry, the company has a very wide range of product lines. They create perfume, furniture, home goods, and clothing. They also operate two hotels.

Marc Jacobs is a fashion designer who was born on the 9th of April in 1963. After the death of his father, Marc’s home life was unstable and often uprooted to relocate based on his mother’s dating and marriage life. After beginning to feel distant from his mother and siblings, Marc decided to move in with his grandmother where he finally felt at home. While there were many difficulties in Marc’s life, he remained focused on becoming a designer. At 15, he was enrolled in an art and design high school while working at a Charivari after school. After high school, Marc attended Parsons Design School. After school, Marc became the designer for women’s wear for the company Perry Ellis. In 1993, Marc decided to leave Perry Ellis and begin his own line. Louis Vuitton named Marc the creative director in Paris of luxury goods. The stress from work resulted in a downward spiral of drug use in his personal life. Marc entered rehab in 1999. After beating drug addiction, Marc launched a new line for Louis Vuitton while expanding his own fashion line. He has been the designer of the year in 2002 for menswear and the designer of the year in 1998, 2003, and 2005 for accessories.

Tips For How To Style Graphic Tees

Theme by Anders Noren — Up ↑